Thanks to Sergey Tihon for organizing this community-driven advent blog gathering in this year-end of 2017! 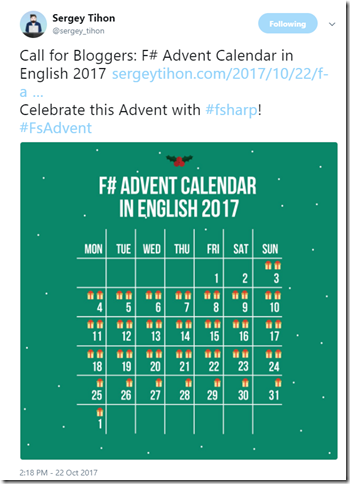 Most advances in F# itself are without IDE. These are the current state of F# itself:

Therefore, if you use Visual Studio 2017, it is highly recommended to update or directly use at least 15.5.0 update instead.

There’s one catch: if you use Xamarin in your worload, the 15.5.0 update on previous version will somehow override Xamarin MonoDroid VSIX packages. Fortunately, on 7th December, there is a fresh maintenance update on 15.5.0, the 15.5.1. This 15.5.1 provides the Xamarin package issue.

We could check F# support availability as template, within the .NET Core tool of dotnet.

Using dotnet’s CLI tool, we can display list of templates installed in our .NET Core 2.0 SDK by using new command (parameter that acts as command to execute further) with –l for parameter of new: 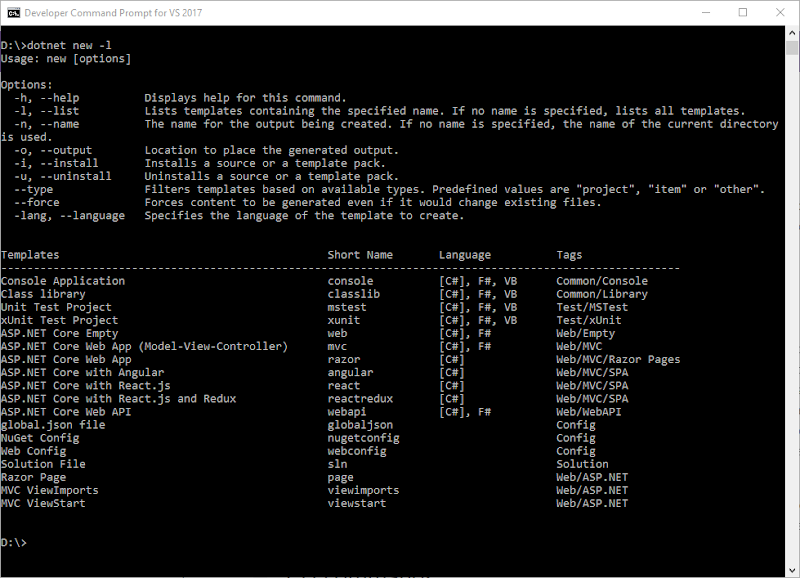 Let’s just focus on Short Name and the Language section on the list:

So we can compose and create any kinds of project that has F# as language support. The Short Name will be used as new parameter to define what template we’re going to use, the language parameter define the used language.

For example, we can create .NET Core console app with F#:

NOTE: we should use -name parameter to give name to our project, instead of having default name from the template.

Run that in command prompt, we will have the creation of F# .NET Core 2.0 console project:

Then we can run it:

We can also provide more granular TFM as the target framework, but this option is only available for classlib template, not for console project template.

What about Visual Studio 2017? 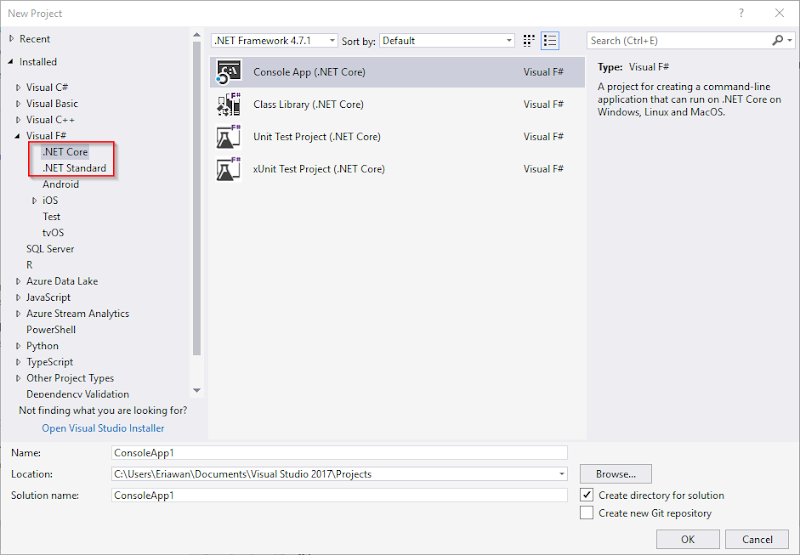 What are you waiting for? Go code in F# now!